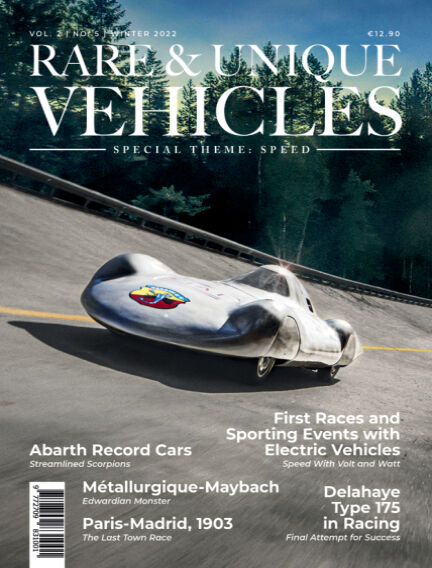 Rare & Unique Vehicles is a new, quarterly magazine, which aims to show and interpret the rarest and the most unique vehicles from the world of classic motoring. Each issue will focus on a central theme, followed by a few anniversary-related features and "Spin the Globe." "Spin the Globe" is a unique column, featuring unusual and interesting cars, motorcycles, trucks and buses from around the world. The central theme of the first issue is streamlining. There are 19 articles featuring the early pioneers, such as Edmund Rumpler and Paul Jaray, but also 1930s American concept cars, a standalone piece on the revolutionary Stout Scarab, Czech, French, Italian efforts, German racing cars and buses from the 1930s and even 1950s Soviet streamlined racing cars. You can also read about a Trabant-based buggy, 50 years of the Bond Bug, the 100th anniversary of the first BMW motorcycle engine and more.